Pin the stream of thought

When I have started writing a book I often used Twitter to compose my thoughts to write about. Tweeting has helped me to output some sentences despite being fragmented. Still it is also sure that most of them are simply gone and neither reread nor rethought. From writing books I learned that rethinking your thought and rewriting your writing is a critical way of enhancing and organizing the insight to the size of a work. I would say when it comes to developing a thought, leaving raw ideas in sliced notepads leads you nowhere because you will easily forget what you have thought.

If you want to tell others your thought, you need to create a work which has a context. In order to create the context, you'll have to “pin” the stream of your thought as a sizeable chunk of sentences, not leaving them in characters which are as short as toots/tweets. They can serve a scratchpad of your thought, but they are often nothing more than raw and random thoughts which do not create the context. The difficulty of poetry, especially verse, exists on this point, i.e. making a context by following the style strictly.

The basics of Haiku is that you are expected to express the beauty of the universe in the very limited number of characters. The value of the work is interpreted on the number of the characters which create the rhyme (5-7-5), so you are obliged to follow the style and if you cannot, your work will be regarded as a failure unless it is exceptionally recognized as another style of Haiku such as a case of Santōka Taneda. His free verse cannot be imitated without being a bunch of typical followers. 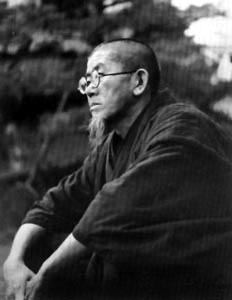 The history of philosophy has started in a way of verse (see Presocratic thinkers; Vorsokratiker). Socrates also famously denounced the value of written words as a shadow of speech, but Plato rejected his teacher's idea to create works in written sentences on which we can understand Socrates' thought. He also adopted a prose style, not a verse, against the tradition. From the historical viewpoint verse is arguably not the best way of developing an organized thought.

Random thought rarely overflows the limit of a couple of hundreds characters. Writing a lot of toots/tweets is fairly easy because you are not bound to a context. Sticking to the original theme to create the context is a tough task, but without doing so, you cannot make the story. In this regard rethinking your thought is critical because it leads to a concept and helps you to organize concepts into a sequence, which consists of a story. If the sequence of sentences started to appear as if it existed independently without you, the story is getting started to be alive. Your personal appearance in the story is its enemy.

Think to rethink. Write to rewrite. Rethink and rewrite to make a story others can understand. This is the experience which cannot be gotten from current microblogging services.